When Víctor de la Serna launches a new wine, it's time to stand up and listen as he rarely puts a foot...

When Víctor de la Serna launches a new wine, it's time to stand up and listen as he rarely puts a foot wrong. His deep curiosity and endless passion for wine lead him to produce distinctive wines which sometimes surprise even the most experienced wine-taster.

A Fundamentalista wine was first commercialized in 2008 but only among Victor's friends. It came about thanks to him tasting an old forgotten barrel of Syrah and discovering a wine which fascinated him and the few other people who were able to try it when he decided to bottle it. A few years later, in 2014, Victor decided to re-invent this success using Syrah again but this time combined with Bobal and Monastrell (Mourvèdre) grapes to give character to this intensely Mediterranean wine — an equally fresh, complex, and accessible wine. Monastrell vines planted at 800 metres of altitude over ten years ago in La Manchuela blend with bunches of Bobal grapes, a touch of old wood and the minimum use of sulphites.

A ripe nose of cherries, violets, and strawberry jam lead to a complexity hard to believe in a wine which has hardly seen wood. The Fundamentalista doesn't need special tricks. Fresh but with ripe fruit in the mouth, accompanied by hints of greenery and a refreshing acidity. A spectacular demonstration that it is possible to create great wines without overdoing wood and that the best wines can always age with elegance. Tantalizing and silky, but lively too thanks to the tension that maintains its excellence and the earthy backbone of the clay soils. Honest fruit freely fermented with wild yeasts and respected throughout the 15 months it spends in used 300-litre barrels. Aromas of cloves, vanilla, and wild fruits mix with scrubland to give a lightly toasted finish, brimming with fruit.

Not your typical Spanish red. Not as full-bodied as some, but compensates with less common flavours. Definitely worth a try! 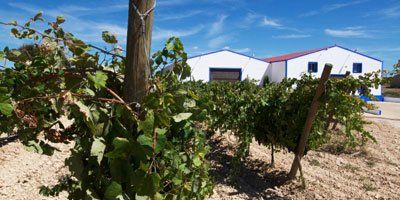 Victor de la Serna, also known by his pseudonym Fernando Point, is a journalist and wine writer published in widely-read newspapers such as El Mundo, and one of the most highly regarded and influential wine critics in Spain. Finca Sandoval is his personal project. Started up in 1998, it took off with the barely ten hectares of Syrah they had in the heart of Manchuela, in the province of Cuenca. They were planted as a result of plans that had formed over a period of 30 years...

See the Wines from Finca Sandoval