Cantele, a large family company established at the beginning of the fifties, is today a modern and dynamic winery. Located between Guagnano and Salice Salentino, it boasts 30 hectares of its own vineyard and a wide range of delights, dedicated to the enhancement of native vines in all their most convincing guises.

The Amativo production area, with its beautiful minimalist label, is the same, in the countryside of Guagnano, Sava and San Pietro Vernotico. With its classic Salento blend of Primitivo and Negroamaro, whose combination of names gives rise to its name, Amativo derives from sapling vines which, as per the regional tradition, offer tradition and territoriality. After a year of barrique, it promises at least five-ten years of full enjoyment.

Consistent, of an impenetrable ruby red colour, it already showcases some garnet veining. On the nose, the aroma, impetuous and decisive, includes notes of rose, myrtle, berries, dried fig, jammy red fruits, on a vanilla-textures backdrop. One also distinguishes sensations of coffee, chocolate, aromatic herbs, and even a salty inkling. On the palate it is harmonious and well-rounded, with exceptionally silky and integrated tannin, fleshy but balanced by a wonderful freshness. Infinite persistence, weaving its way through spicy and fruity memories.

Quite a complex, more light than expected, medium everything

Tastes a bit sweet, warm, could be more full-bodied, medium intensity smell and med acid. Rather light for south-italian red. 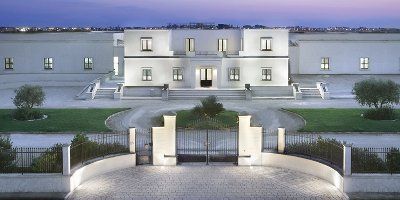 Since its foundation in 1979 Cantele has created for itself a place among Puglia's most outstanding and active wineries and, in addition, it has been one of the pioneers in this region's move to better quality. On lands noted for the red earth typically found between Puglia and Salento, this winery produces wines of great precision and cleanness, and thus brings out the best of the indigenous varieties. The extensive vineyards and large-scale production runs should lead to no...