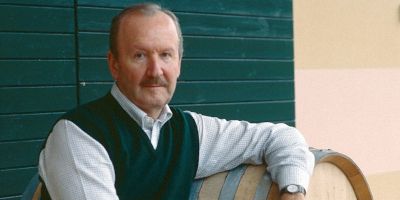 Gianluca Ruiz de Cardenas is a man who makes wine as an art. He is not interested in the laws of the market and the tastes of the masses. He does not disclose the technical data of his production and lets the bottles speak for themselves. An extreme approach? Perhaps, but the quality of his wines is an undisputed value in Oltrepò Pavese. Here, where for too many years commerce has raged eroding very broad spaces for quality, since the early 1980s Gianluca Ruiz de Cardenas has carried forward a viticulture devoted to uncompromising excellence. From small numbers, in an area that unscrupulously churned out millions of bottles.

A man who today is old and of great experience, even if not bandied about like a star would, Gianluca Ruiz de Cardenas was the first, in the area, to see the potential of a terroir which, taken in its single crus, was able to compete with several masterpieces of French wine. A lover of Burgundy , he transferred it, with little fanfare, to Casteggio, and here he first vinified red Pinot Nero. And, again in pioneer style, he waited for the great classical methods of the Oltrepò to rest properly, even more than four years, in the cellar before being marketed.

At the antipodes of any industrial approach, actually, enlivened by an aristocratic vein, Gianluca is a sensitive and cultured winemaker who always produces harmonic and standard wines, but which excite for their adherence to the territory and the vintage. He personally delivers his wines, like children who lovingly are left to their own destiny. Among these, the Pinot Noir deriving from the splendid Vigna Miraggi is one of the most symbolic.