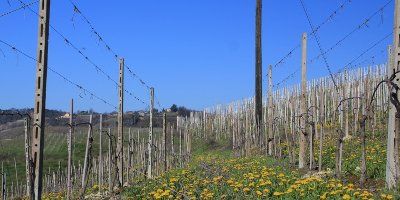 The Almondo family has been recorded in the municipal registers of Montà since the 14th century: it can be said that the winery has been operating in the heart of the Roero for over six hundred...

The Almondo family has been recorded in the municipal registers of Montà since the 14th century: it can be said that the winery has been operating in the heart of the Roero for over six hundred years. The Almondos have always lived in Vittori di Montà, the heart of today's Arneis vineyards and the epicentre of peasant life in those days. Alongside the white grape vines, the cultivation of which has been attested over the centuries from the Canale area, the area has always been considered exceptional for asparagus, strawberries and peaches. Like these crops, Montà's Arneis excels in terms of fragrance and flavour.

After graduating in Agricultural Sciences in 1980, Domenico Almondo gave the winery a decisive impetus towards quality viticulture. His ambition, considered pioneering at the time, was to create an elegant Arneis with personality: a white wine that was contemporary but at the same time complex and intriguing. This is still the Almondo style today: crisp, fragrant, well-defined and above all mineral aromas.

The winery continues to be family-run, as at the time of its foundation. All operations, both in the vineyard and in the cellar, are carried out directly and personally by the family. This great effort and experience ensure superior quality grapes every year, thanks to a vine-by-vine knowledge of the property.

The winery has 18 hectares in the best locations of Montà, at the northern end of the Roero. The Montà territory is clearly divided between a northern part, higher up, with sandy-stony soil and marked acidity, and a southern part that is more calcareous and richer in nutrients for the plants. This framework makes Montà the ideal place both for white wines with a savoury and mineral character and for red wines with structure and elegance.

It is in the northern area of the municipality that the cultivation of Arneis is concentrated: these are historic vineyards, between 45 and 60 years old. The Arneis is planted on acidic sandy soil 390 metres above sea level, in a unique location in the Roero and southern Piedmont in general. The constant wind, exposure, altitude and acidity of the soil are key factors in the fresh, vibrant and savoury style of Domenico Almondo's Arneis.

The range of reds, which come from the southern vineyards of Montà, includes wines of excellent craftsmanship and defined personality: there is Valbianchera, a classic and dynamic Barbera d'Alba, and then of course the typical Roero reds based on Nebbiolo, with the cru Bric Valdiana, 18 months in large casks, the Roero Riserva, 24 months in tonneau, fresh, pulpy and juicy, and the traditional vintage Roero Rosso, snappy and easy to drink.

The Arneis-branded whites naturally stand out. The most immediate is the Vigne Sparse, fresh and intriguing, made only from steel: the Arneis that recounts all the success of Arneis in a single glass. At the other end of the variety's interpretation is the Rive del Bricco, 10% of which rests in unroasted barriques. An Arneis with character and structure, peppery and chalky on the nose, with a savoury, saline, fresh and exceptionally persistent taste.

Bricco delle Ciliegie is the Arneis that decreed the success of the Almondo family, and is rightly considered an absolute reference point for the type. It comes from the cru of the same name in Montà and derives from a jigsaw puzzle of small plots of vines purchased from different owners that stretch across the hills of the Vittori Alto hamlet. Until seventy years ago, the slope was used to grow vines and cherries, hence the name of the "bricco". Some of the original plants are still present in the vineyard, flanked by younger ones. The exceptionally sandy soil (up to 80%) interspersed with clay and limestone strips, the average altitude of 360 metres above sea level and the constant presence of wind make the Bricco delle Ciliegie the ideal place for the production of top quality Arneis.

The soils at the top of the hillside are made up of coarse sands and gravels that in ancient times occupied the marine coastal strip. Descending to the valley, this soil mixes with the Asti sands, which formed the bed of a shallow sea rich in molluscs some 3.5 million years ago. As one descends into the valley, the soil becomes slightly calcareous and more structured. Often the normal distribution of sands is interrupted by clayey strips of more ancient pedological origin, which erosive movements have distributed randomly. From a climatic point of view, there is a constant north-westerly wind in spring and summer which, together with the low rainfall in the area, influences the cultivation technique and the ripening of the grapes. These aspects guarantee the harvest of an Arneis that is exceptionally rich in acids and, despite this, has an excellent structure. 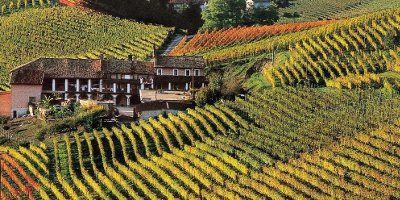