We are sorry for any inconvenience this may cause you and hope to see you back on our e-commerce very soon.
BLUE MONDAY! Over 6000 wines up to 15% off!
Home/Wineries/Falesco - Famiglia Cotarella 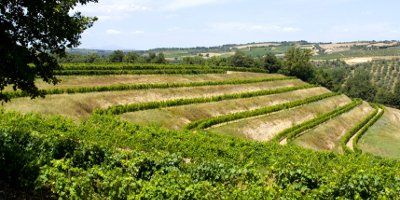 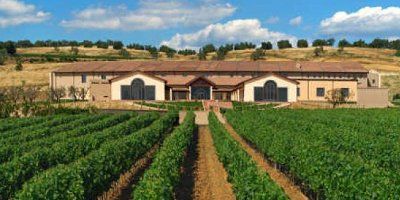 Wine is the sap that has fed the Cotarella family tree for generations in their passion for creating the link between the land and feelings. They have a firmly rooted history of winemaking, yet are open to the innovation of new ideas and the appearance of new projects. The link between the Cotarella family and the world of wine began in the 1960s when Antonio and Domenico Cotarella, winegrowers in Monterubiaglio, decided to build a winery to produce their own wine. In 1979, brothers Renzo and Riccardo Cotarella founded the Azienda Vinicola Falesco winery in Montefiascone, in upper Lazio, with the aim of recovering the old vines in the region.

Their vines stretch from the volcanic hillsides between Lazio and Umbria to the fertile countryside around Siena in Tuscany. Each area of vines represents a different challenge for the firm, who work them with tradition and wisdom, and use them to investigate how to improve wines. In 1999 Falesco extended and enriched their patrimony, buying the Azienda Agricola Marciliano winery, with its 260 hectares of vines located in the beautiful landscapes of Montecchio and Baschi. South of Orvieto in Umbria, it is here where they built their new winery.

Since 1990, Falesco seem to be focused on using a clone of the Merlot variety to produce Montiano wines. Praised as being some of the most majestic and innovative red wines in Italy, they display a noble elegance, an admired aromatic fragrance, and a good structure and concentration. In 1993, twenty years of research into the Roscetto variety led to the creation of Ferentano, a wine expressing clearly the potential and riches of this grape and terroir. The Falesco-Cotarella group is run by the best and most renowned oenologists in Italy, who work with a sincere, precise and impeccable style of winemaking, based on principles of territory, science, and dynamism.