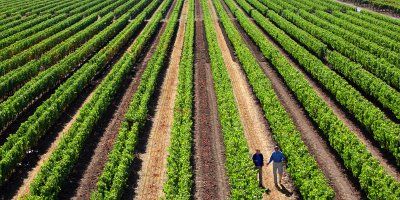 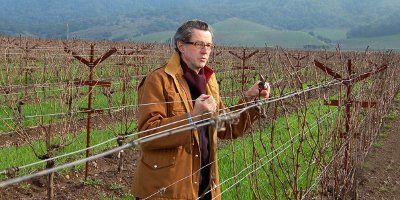 The Napanook Vineyard, in the Napa Valley (California) is an exceptional vineyard. It has given rise to some of the greatest Californian wines of the 1940s and 1950s. At the end of the 1960s, Christian Moueix, son of the legendary Bordeaux wine merchant Jean-Pierre Moueix, visited the location during his stay at the University of California, where he was completing his viticulture and oenology studies, and was profoundly struck by its excellence.

In 1970, Christian Moueix returned to his homeland to take charge of the family business. Still very young but extremely knowledgeable and enthusiastic, he began to manage and/or supervise some of the most important Pomerol and Saint Émilion Châteaux, such as Petrus, La Fleur-Petrus, Trotanoy, Hosanna, Providence, Belair-Monange and Magdelaine. Just a decade later, in 1981, he returned to California to become the new owner of that beautiful, treasured vineyard, which he had been unable to forget. He called it Dominus; the grandeur of the estate deserved a name which did it credit.

Moueix and his team are fully committed to this historic vineyard, and with the utmost attention to detail they put all their efforts into looking after it and its environment. In return, it provides them with fruit of an exceptional quality, which enables them to produce pure wines with great balance, very complex, elegant and long-lived wines. Production is carried out with the minimum of intervention, because, in Moueix’s own words, "a wine is only as good as the grapes from which it is produced"; when Nature is so generous, man’s hand must play second fiddle.