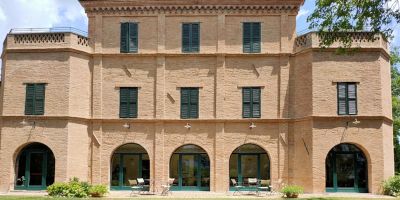 After the serious earthquake of 2016 and four years of forced closure, it was not easy to start over. And yet, Marilena Gagliardi and Filippo Mariotti succeeded, putting forth an enthusiasm...

After the serious earthquake of 2016 and four years of forced closure, it was not easy to start over. And yet, Marilena Gagliardi and Filippo Mariotti succeeded, putting forth an enthusiasm all aimed at the future. They reopened their exclusive country house in the midst of a pandemic, without ever ceasing to cultivate the project of a beautiful farm, which expresses itself above all with the wonderful and beloved Verdicchio Grillì.

Collepere is a project to be discovered. It is developed in Matelica, in Marche, the region of central Italy which overlooks the Adriatic Sea. Matelica is a small center of the hinterland, where Verdicchio is traditionally cultivated This is one of the best white grapes of Italy, which gives subtle wines - mineral, elegant and rich in acids. These characteristics are exalted by the fact that Matelica is an area of high hills, towards the Apennines, with a cool and ventilated climate, with pronounced thermal excursions.

The Collepere project is articulated around a splendid eighteenth-century villa overlooking the hills and vineyards of the Marche countryside. The house, which was an ancient aristocratic hunting lodge, has been transformed by Mariotti and Gagliardi families into a splendid receptive structure, which has recently joined the passion of the young owners for good wine.

Aware of having in their hands one of the best wines of the country, the owners of the villa have set up a modern winery where selected grapes from the surrounding vineyards, cultivated in a perfect regime of eco-sustainability, are processed. The 4 hectares of vineyards are cultivated with Verdicchio, as well as Merlot, Sangiovese and Cabernet Sauvignon.

Grillì reveals its straightforward adherence to the nature of the territory, with no need of frills and presentations: it is clear and direct in style, ready and dynamic to drink. And, last but not least, it has an extraordinary quality-price ratio. "Grillì" (cricket) is also the name by which the family was called, perhaps because of the habit of some ancestors to jump here and there like a cricket, indeed, chattering with friends. 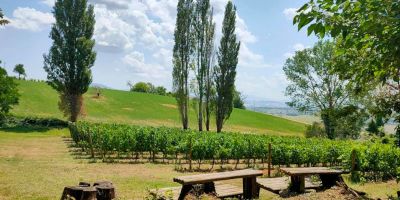