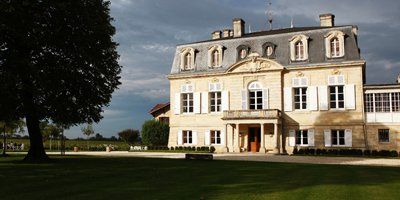 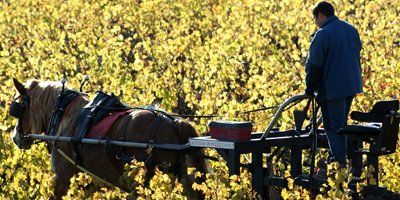 The origins of Château Pontet-Canet go right back to the beginning of the 18th Century (1705), when Jean-François de Pontet, employed by King Luis XV, bought up several parcels of land to the north of the town of Pauillac, which his descendants would enlarge years afterwards. He then purchased the neighbouring plots and thereby formed an estate which was granted the name, "the house of Canet". A century later, Château Pontet-Canet was flourishing to such an extent that it was included in the famous 1855 classification, ordered by Napoleon III. A wine trader and enthusiast of Dutch origin, Herman Cruse, acquired it in 1865 and Guy Tesseron, an important figure among Cognac merchants, bought it many years later in 1975. In its history spanning more than three centuries, the château has only had three families as owners, an unheard-of occurrence in Bordeaux.

The Tesseron family decided to start from scratch, getting rid of all the usual practices and replacing them with organic procedures; their sole objective was to reconnect the vineyards with Nature. According to the Tesseron family themselves, "the vines seem liberated, unrestricted and the grapes began to look better". After the restructuring of the vineyards, the quality standard of the Pontet-Canet wines shot up to such an extent that vintages such as the 1994, 1995 and 1996 were now considered extraordinary.

In 2004, the year of the first biodynamic trials, the vines proved radiant, luminous and full of life. This encouraged Alfred Tesseron, son of Guy Tesseron, to go further, and the vineyards were fully converted to biodynamic agriculture, being the first classified Médoc estate to do so. From then onwards, each vintage has brought with it increased knowledge and the vines are stronger and more resistant. The grapes are no longer harvested by parcels, but by terroirs, which means dividing each parcel into two or three sections, which may then vary depending on the year.

In 2008, three Breton horses were brought into the Pontet-Canet vineyards, with the aim of avoiding the soil compacting, thus encouraging the roots to get to work. The results gave good reason for continuing to substitute horses for tractors, in a process which will only reach its conclusion when all the tractors have disappeared from the estate. A true reflection of the evolution and work ongoing at Château Pontet-Canet is that the 2009 and 2010 vintages obtained the coveted 100 Parker points and positioned the Tesseron wines at the very top of Pauillac and Bordeaux wine.

Today, Alfred Tesseron and his family retain the same vision and passion for the land. They have attained a very detailed knowledge of the diverse terroirs (gravel, limestone and clay) and have become increasingly convinced that only constant observation and experimentation will enable them to make any progress. Just over 80 hectares of vineyards, primarily composed of gravel, accommodate vines aged about 40 years old, mostly Cabernet Sauvignon and Merlot, but also the elegant Cabernet Franc and spicy Petit Verdot. Compost is only applied when the soil demands it and harvesting is carried out by hand. In the winery, native yeasts are the real driving force and wooden vats are complemented with concrete tanks to offer the best temperature conditions depending on the circumstances of each particular vintage year. Technology and intervention are limited to what is necessary and the proportion of new oak used has kept being reduced, in an attempt to limit its effect on the wine’s aromas. The last of these integrations has been a hundred amphorae in which a third of the wine now ages. In their manufacture a small amount of the earth of the actual Pontet-Canet vineyards has been included, yet another example of the great respect shown for the grape’s origins. In a region that prides itself on tradition, Pontet-Canet has started along a course of its own, full of courage and reflection which distinguishes it from the region’s other great names, a forward-looking path aimed towards the essence of the terroir.