Let's discover the production process of Prosecco, which are the most famous ones, and with which foods they pair better.

Prosecco is the most important and best-known Italian sparkling wine in the world. In 2020 the production reached 500 million bottles, a record only comparable to champagne production. The best vineyards, located in the Veneto region, have been declared a UNESCO World Heritage Site.

How is Prosecco made?

Prosecco is made from grapes of the Glera variety (locally called Prosecco), either exclusively or with small additions of other varietals. It is a typical grape of the Veneto region, now widespread in the neighbouring areas, characterised by a low acidity but with a great capacity to concentrate sugars in the cluster and to develop elegant and seductive aromas, with notes of apple and pear, aromatic herbs and countryside flowers.

Almost all Proseccos are made according to the Charmat method, whereby the foaming does not take place in individual bottles as in the Champenoise method but in large steel autoclaves. Otherwise, the process is identical: a mixture of yeast and sugar is added to a ready-made base wine, which triggers a second fermentation, but in this case, on a large scale.

A bid to speed up the process? Not at all. This production technique is ideal for Glera because it preserves and enhances its subtle aroma and fruity bouquet. The champenoise method, on the other hand, tends to cover these aromas with the typical perfumes of yeast and bread crust, which develop after a long ageing period for which Prosecco is not generally predisposed. But beware: not all Italian sparkling wines are Proseccos! Some sparkling wines are also produced in Italy using the champenoise method, such as those of the Franciacorta appellation, Trento's Ferraris and others, which have nothing to do with Prosecco.

The level of category, style or complexity of the Glera varies according to the production area. There is a big difference between the hill Proseccos, from sites with a certain altitude, such as the Prosecco di Valdobbiadene, which are complex and very well defined, and those from the plains, which are more neutral and easy to drink.

How to keep a bottle of Prosecco?

Although it can lose some of its bubbles, you can nevertheless keep a bottle of Prosecco in the fridge for 24 hours using an airtight stopper. And if you are worried about the number of calories in a glass of Prosecco, you can rest assured. In most cases, a bottle of Prosecco has less alcohol than a bottle of champagne (11% versus around 12.5%), so it contains the ideal bubbles for toasting and still keeping in shape.

And beyond extra dry Prosecco?

The most classic Prosecco is extra dry Prosecco. With a light residual sugar content, it is, in fact, the Prosecco that has traditionally been considered the best, the most enveloping and creamy, with a touch of sweetness that gives it body and aromatic fullness. However, some Proseccos from the best Valdobbiadene vineyards are vinified in a dry version, which is more pleasant and structured.

However, tastes are changing and nowadays, many are opting for Prosecco brut, which is smoother and more horizontal, drier and, consequently, a more terroir and purer wine, with more immediate aromatics. For the most delicate palates, there are also extra brut Proseccos and even some brut nature or pas dosé. The latter are austere wines of great purity for those who seek the essence of these marvellous sparkling wines, which will enrapture them with their high acidity and the delicious flavour of the ideal terroir.

What types of Prosecco are there?

In addition to the classification according to residual sugar content, there are several types of Prosecco. If the wine is made from Glera grapes from the same vintage, it may be a vintage Prosecco, in which case the label will indicate the vintage. In general, the noblest and most complex Proseccos are vintage Proseccos.

In terms of production technique, Prosecco can also be produced with fewer bubbles, i.e. with less gas under pressure: in this case, a frizzante Prosecco is obtained. For those who love natural wine, there are also Proseccos made using the ancestral or Pet Nat methods, i.e. fermentation is completed in the bottle without disgorging, thus preserving the yeast sediment suspended in the bottle. Some producers have also experimented with the champenoise method to make Prosecco; others, on the other hand, have opted to revive old traditions and bottle still Proseccos. Others bottle Proseccos created for long ageing.

More and more producers are making the step towards the production of organic Proseccos: a solution that is not easy to adopt in areas as complex as the mountains or the plains, with their high yields, which now account for a significant part of the production, even in some top-of-the-range labels. The great novelty of the moment is rosé Proseccos: an original blend of Glera and Pinot Noir, a recently approved sparkling wine with official production standards.

What is the best Prosecco?

Good question! We understand that no one will be offended if we say that the best Prosecco comes from the steep hills of Treviso, between Asolo, Conegliano and Valdobbiadene. These are the UNESCO Heritage areas, where Prosecco was Prosecco before it became in-style and is considered to be of "superiore" category.  This area includes two DOCG: Asolo, saline and structured, and Conegliano-Valdobbiadene, elegant and subtle. Here, mineral soils, high-temperature contrasts and optimal exposures allow the producers to obtain Glera grapes that are a true masterpiece for the finesse of their aromas and, in any case, for their minerality and structure.

But also in the interior of these little territories, there are notable differences between one wine and the other, to the point that these appellations have recently delimited some of their best vineyards, the so-called rive, offering the guarantee of being a Prosecco fully identified with a particular terroir. The most famous vineyard is Cartizze, 100 hectares of perfectly exposed and sunny hillside that 100 producers work on to offer the most prized Proseccos, whose opulence, fullness and roundness can only be achieved here, usually bottled in a dry version.

How much does a bottle of Prosecco cost?

Of course, there are significant contrasts, but the price generally ranges from €6-7 for a simple product to the €18 that a great Cartizze can cost. Second question: a bottle of Prosecco.

Can it improve over time?

As a wine with delicate aromas, a Prosecco will be at its best when it is young, but some great wines will surprise us even five or ten years after the vintage!

How do you pair Prosecco?

Attention: do not underestimate the Proseccos of the plain, quite the contrary! They are a highly appreciated product for those looking for a bottle to seduce at aperitif time. Their immediacy and the ease with which they make you want a second and a third glass make these wines easy to pair. You can enjoy Proseccos with simple aperitifs, fresh and light cheeses, and even with sweets and not very elaborate delicacies (especially if they are dry or extra dry). As Proseccos degrease, they are also ideal with fresh cured meats. In short, a product to always have in the fridge. More classic and of superior quality are those under the historic DOC Treviso. Still, the other areas are also worth exploring glass by glass: due to its great commercial success, Prosecco is now grown all over the country's northeast as far as the Friuli plain.

Of course, the residual sugar content has a significant influence on the pairing possibilities of Prosecco. The higher the sugar content, the better it goes with some desserts or cheeses with a more robust flavour, while you should reserve the brut and extra brut for more demanding dishes. Proseccos of the superiore category, possibly vintage, also go very well with savoury pastries, semi-cured cheeses and cured meats, almost all types of fish dishes, pasta stuffed with vegetables, seafood and much more.

Who are the leading producers of Prosecco?

Although Prosecco is a worldwide phenomenon with an immense volume of production, the truth is that the large Prosecco-producing families of the Veneto still control most of it. Names like Bortolomiol, Bisol (including its popular and fresh Belstar line), Ruggeri, Adami, Merotto, Nino Franco, Spagnol, Andreola, Foss Marai, Mionetto, etc. are all established among the hills of Valdobbiadene and are part of the history of this magnificent territory. They are large groups in some cases, but all of them have a solid family base. Take, if not, the best Proseccos of Astoria and Casa Sant'Orsola (Martini brothers): true spearheads of Prosecco superiore and Prosecco de llanura. 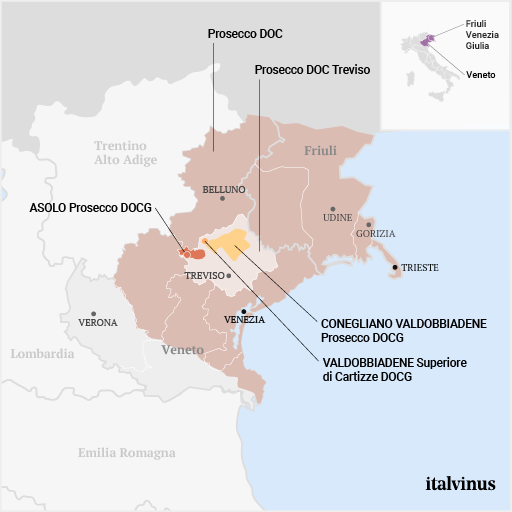 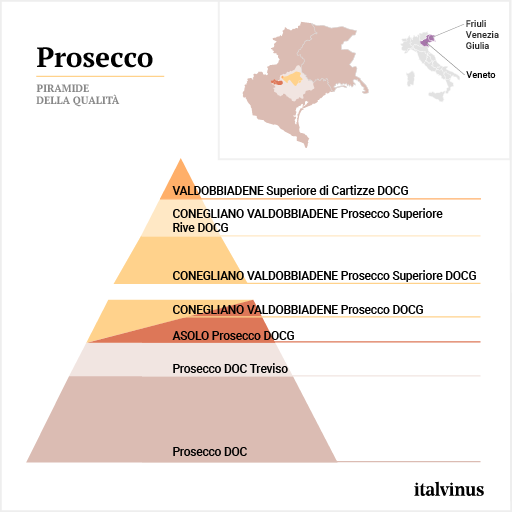 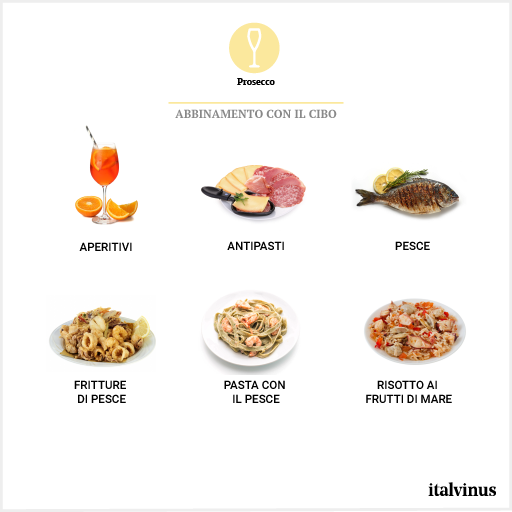