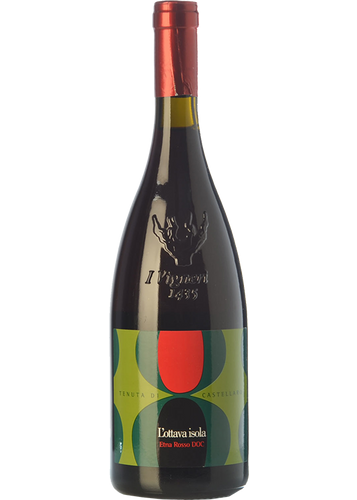 Tenuta di Castellaro is one of the most influential and successful wineries in the Aeolian area. Based in Lipari, it began to impress wine lovers with great wines which are typical of the archipelago, both modern and purely volcanic, produced using vigorous biological management techniques. The Tenuta, moreover, belongs to the I Vigneri di Salvo Foti circuit, an extreme and heroic viticulture. The winery, unquestionably the most futuristic of the Lipari and Salina ones, has also recently been deployed on the slopes of Etna, a terroir which in many ways is comparable to the original one.

So these are modern and sustainable wines, whose common denominator is the volcanic root, without any mechanisation and with a careful selection of the best of the native varieties. By virtue of this production philosophy, Etna thus becomes the "Eighth Volcanic Island" of the Aeolian Islands, a perfect but also extreme summary of the archipelago, a warm territory of lava and cold snow.

Intense and bursting ruby ​​red, the bouquet of the Eighth Island offers sensations of red fruit, undergrowth, dried flowers, with nuances of tobacco and liquorice. On the palate, this wonderful and typical blend of Nerello Mascalese and Cappuccio is a great balance between the important volcanic structure and the elegance of the varieties and vinification. It has a pleasantly tannic and very persistent taste, from the Etna strong and bursting at the seams but with a magical subtext of elegance and minerality.